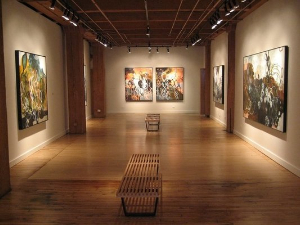 Cocktail reception for 50
at the David Weinberg Gallery