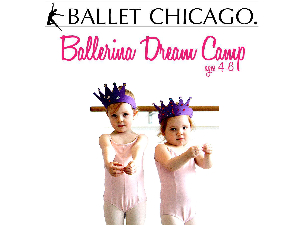 Each day includes a dance class to live music, craft projects, story time, dance video viewing, and snack time. The session culminates in a mini-performance featuring choreography, props and costume accessories created by the students themselves.