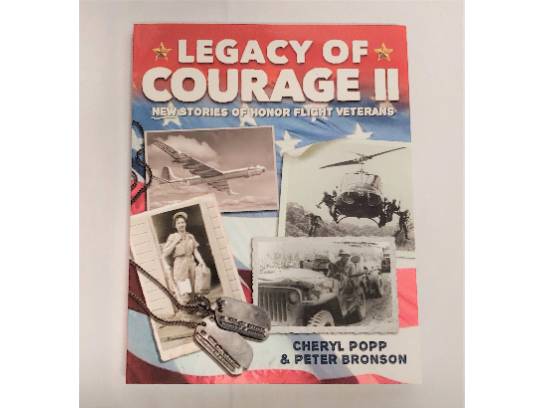 What was it like to parachute into Normandy on D-Day, endure the bone-chilling cold of the 'Frozen Chosen' at the Battle of the Chosin Reservoir in Korea, slog through the steaming jungles of Vietnam, haul supplies through ambushes in Iraq, and nurse the wounded at MASH Units near the front lines? Find out in "Legacy of Courage II: New Stories of Honor Flight Veterans," which tells the accounts of men and women who served at home and overseas. Read about the first All-Women Honor Flight in America. Meet the WASP pilots who ferried fighter planes to airbases during World War II and the WACs, WAVEs and women Marines who followed their brothers and husbands to enlist and serve their country. Share the poignant and touching last letters home from men and women who gave the ultimate sacrifice. Learn real American history from the people who were there. These true stories of our American veterans are a national treasure that should be passed like the torch of freedom to all future generations. Item must be picked up at either CET or ThinkTV. Shipping is not available.

Donated By Friend of the Station