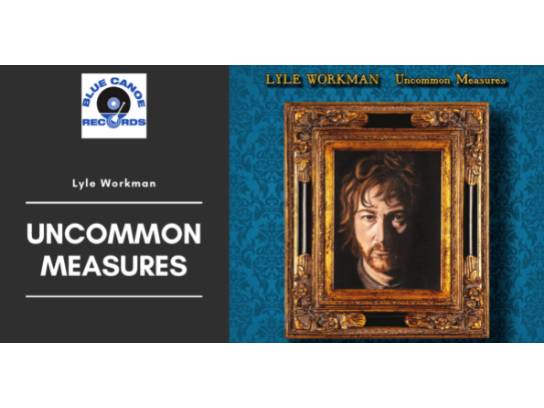 Win a signed, limited release vinyl of guitarist, musician and composer Lyle Workman's latest release, Uncommon Measures and then meet Lyle for a virtual 30 minute conversation where he'll share stories and answer questions about composing, life as an independent musician, and his experience as an A-list session player.

Lyle Workman came to prominence as a sideman and first-call session musician, touring and recording with everyone from Beck and Sting to Frank Black, Tony Williams and Todd Rundgren. As a composer for film and television, he's written music for box office blockbusters that have earned over a billion dollars worldwide including Superbad, The 40 Year Old Virgin, and Forgetting Sarah Marshall.

Lyle is featured in the June Issue of Guitar Player Magazine.