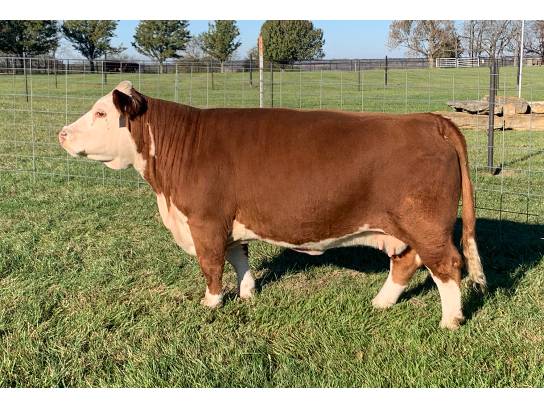 Here is a cow that continues to produce at a High Level, her calf this year KLD Sofie Gene, sired by Mean Gene, was recently named Grand Champion Mini Hereford in both Rings A and B at the Southern Classic(TX) for Jentry Williamson. She has plenty of gas in the tank and just to kick off her time with her new owner she sells bred to the most dominating show bull in recent history, BR Tyrion. The highest priced calves to sell this year have been the Tyrion's and are already being taken serious in the show ring, getting it done at the Junior Show in KC.