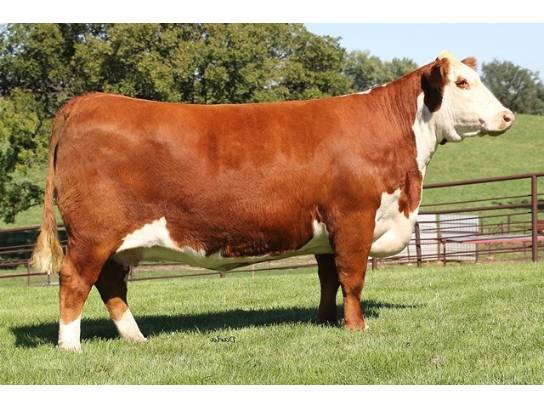 Diana needs no introduction. She was Denver Champion herself, both of her parents won Denver, both of her grandparents won Denver and she has produced multiple Denver Champions herself. She is one of the most elite donors in the entire Hereford breed. She herself sold for $150,000 in the Sullivan Farms Hereford Dispersal and has continued raising high powered progeny.

Double Your Miles was Denver Champion and is out of a full sister to C Miles McKee 2103 ET. The Miles McKee x Diana cross is responsible for multiple National Champions and high selling progeny all throughout the country. Add the predictable 5280 to the genetic package and you have one of the most complete genetic packages that could be made. Diana genetics do not come available often and when they do, they have unmatched demand. Seize this opportunity.

Sells with a guarantee of 1 pregnancy if implanted by a certified technician.