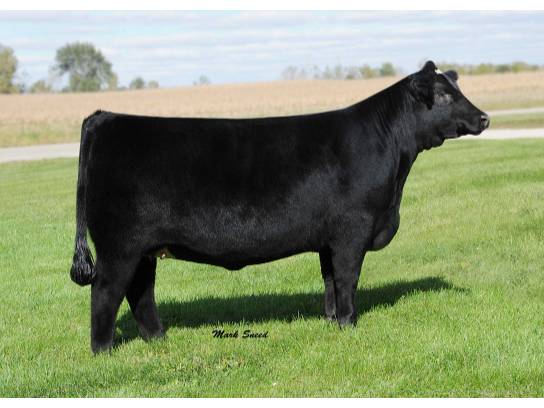 The very least from a great cow! Wendy 467 was the dam of Tea 37W, our 2010 North American International Grand Champion Sim-Influence Female and one of the most successful donors we have run.

With a first calf by BMR Explorer that brought $4,000 and won for the Speckhart family, IL, and a second daughter by I-80 that was a big winner for Briggs Peine, MN, with selections like Res. Champion MaineTainer of the Minnesota State Fair and Champion MaineTainer of both the Junior and Open Shows plus a Division Champion of the NAILE Junior Show. The only crop by Irish Whiskey from Tea 37W included 100% premium progeny like the $13,000 daughter that went to Doug Stork, MI, plus three brothers that were selected as the Champion Pen of 3 MaineTainer Bulls of the 2014 National Western Stock Show in our first-ever entry. Another daughter by Upper Class brought $8,500 to Diamond M Cattle, KS.

These four embryos by Payday ought to lead to some valuable foundation cattle to show or keep - or both!