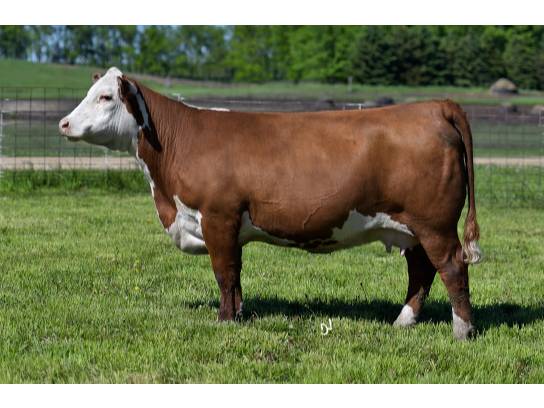 We cannot say enough about the producing ability of 45C. In just two calf crops of ET calves she has produced over $250,000 of offspring including sires being used in some of the most prestigious herds in the United States. She truly is that rare combination of phenotype, performance and breed leading EPD's! 45C is one of the most powerful donors in the breed and here is a chance to buy her offspring sired by the popular Endure. Think of the opportunity in these embryos to produce herd bulls or foundation females with outstanding phenotype and breed leading EPD's!

Guarantee 1 pregnancy if put in by a certified embryologist.