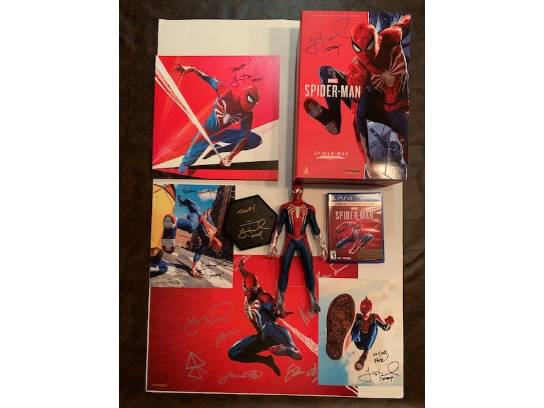 Insomniac Games and PlayStation brought you the award winning "Spider-Man" video game, and we bring you not only a copy of the game, but a beautiful original soundtrack LP from Mondo, an AMAZING Spider-Man Advanced Suit sixth scale figure, Spider-Man Game of the Year Edition for PlayStation 4, and a 2018 SDCC Limited Edition Poster all signed by Spider-Man himself, Yuri Lowenthal, and additional voice cast including Scott Porter (Harry Osborn) and Laura Bailey (Mary Jane Watson).

Don't swing and miss on this Spectacular Spider-Man collection.