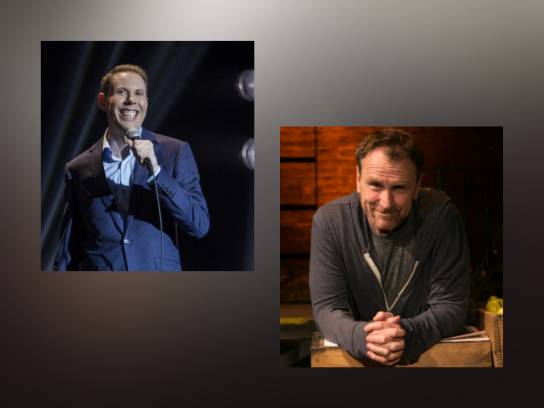 Ryan Hamilton returns to SOPAC on Saturday, February 12 at 8PM. The wholesome, rural Idaho-bred comic's Netflix special, Happy Face, was called "the special you can't watch enough times." Ryan Hamilton was named one of Rolling Stone's Five Comics To Watch and can be seen in numerous television appearances.

Colin Quinn: The Last Best Hope Tour is coming to SOPAC on Friday, February 25 at 8PM. Comedian, actor and author Colin Quinn has become one of the most beloved voices in comedy, with a focus often on the roller coaster ride that American politics and culture has historically been. His beloved commentary on news headlines dates back to his popular 1990s run hosting Weekend Update on NBC's iconic Saturday Night Live and as host of Comedy Central's classic fan favorite series Tough Crowd with Colin Quinn.

Sponsorship includes two tickets to each performance and printed/digital acknowledgment on all program materials.