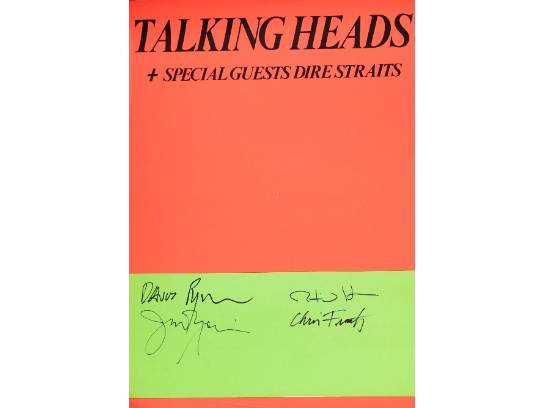 Get ready to rock with this piece of rock n' roll history: this Talking Heads poster (28 x 19") signed by all four band members, David Byrne, Chris Frantz, Tina Weymouth, and Jerry Harrison. Formed in 1975, Talking Heads was an American rock band active until 1991 and inducted into the Rock and Roll Hall of Fame in 2002. Four of their albums appeared on Rolling Stone's list of 500 Greatest Albums of All Time. The band's most well-known songs include Psycho Killer, Once in a Lifetime, and Road to Nowhere.