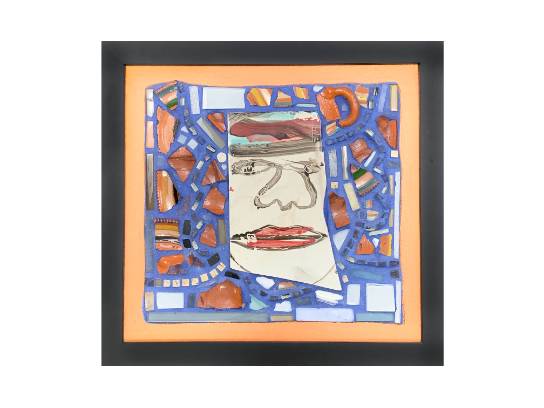 Isaiah Zagar is an award-winning mosaic mural artist whose work can be found on more than 200 public walls throughout the city of Philadelphia and around the world. Born in Philadelphia and raised in Brooklyn, Zagar received his B.F.A. in Painting & Graphics at the Pratt Institute of Art in New York City.

Zagar's artwork is heavily influenced by his travels and the personal connections he has made with international folk and visionary artists. Isaiah and his wife Julia completed three years of Peace Corps service in Peru in the mid-1960s, working with folk artists in the Puno region near Lake Titicaca. Soon after, they settled in Philadelphia and began their life's work of creating public art and fostering creativity in all its varied forms.

Zagar's work is included in the permanent collections of numerous art institutions, including the Philadelphia Museum of Art and the Pennsylvania Academy of the Fine Arts, and has been featured in solo exhibitions throughout the Philadelphia area. He has received grants from the National Endowment for the Arts and the Pew Charitable Trusts.

Sparked by Julia and Isaiah Zagar's love for Latin American folk art, Eye's Gallery has expanded into three floors of unique handpicked from around the world. Isaiah and Julia, artists and urban pioneers, moved into a sparsely populated area of Philadelphia known then as Lower South Street, after serving in the Peace Corps as craft developers to the Ayamara and Inca people of the Andes mountains in Peru.