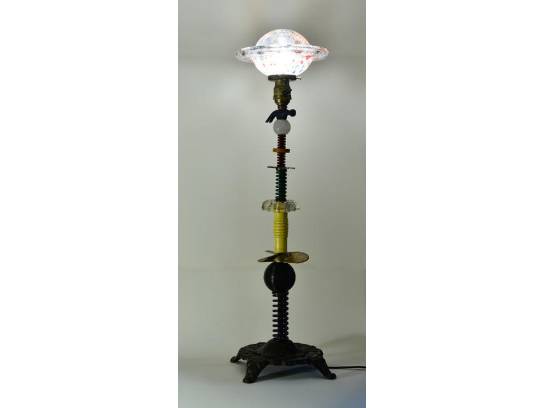 Artist will receive 50% of winning bid

Harry Anderson's work has always involved the recycling and reuse of objects. They were used first in site specific installations then in the 1980s the pieces became unified objects in the form of a lamp or light sculpture.

Harry is a full time artist whose past teaching credits include Moore College of Art & Design, Philadelphia, PA, North Country Studio Conference, Bennington, VT, Pilchuck, Stanwood, WA and Haystack, Deer Isle, ME. Anderson received his BFA from the University of Illinois and MFA from the Pennsylvania State University. He has received grants from the National Endowment of the Arts and the Pennsylvania Council of the Arts among others. His light sculptures, installations, artist books, prints, and photographs have been widely seen in both solo and group exhibitions and are included in numerous private and public collections.