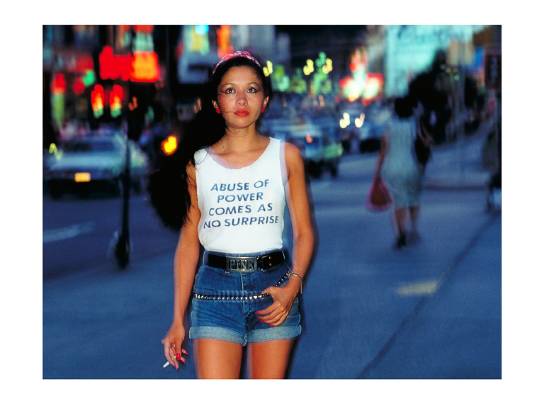 Image Description: Kahane captured the iconic graffiti artist, and painter, Lady Pink, from the years 1979-1985. In 1982 she had a starring role in the motion picture Wild Style. That role and her other significant contributions to graffiti have made her a cult figure in the hip-hop subculture.

Photographer's Bio: Lisa Kahane is a politically engaged documentary photographer, author and educator currently living and working in the Bronx. Her photographs have been exhibited at the Smithsonian's National Museum of American History, El Museo Nacional de Bellas Artes in Havana and the Institute of the Arab World in Paris. Her documentation of art and artists appears in contemporary art histories and is archived in the Fales Library at NYU and the Library of Congress. She publishes worldwide in trade and consumer magazines, newspapers and books. Her photographs are in private collections as well as the permanent collection of the New York Public Library and the Museum of the City of New York.