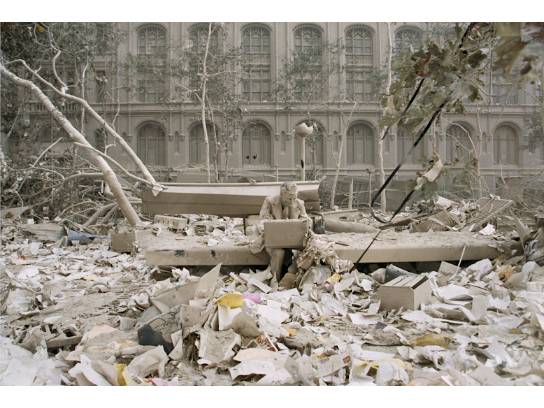 Image Description: Liberty Plaza, New York City, September 11, 2001, is one from the series of photographs that Susan Meiselas shot in the aftermath of the terrorist attacks on the World Trade Center. This image features the statue named "Double Check" by John Seward Johnson II.

Photographer's Bio: Susan Meiselas is a renowned documentary photographer and member of Magnum Photos, based in New York. She is the author of Carnival Strippers (1976), Nicaragua (1981), Kurdistan: In the Shadow of History (1997), Encounters with the Dani (2003), among others. Meiselas is well known for her documentation of human rights issues in Latin America. She is the President of the Magnum Foundation.