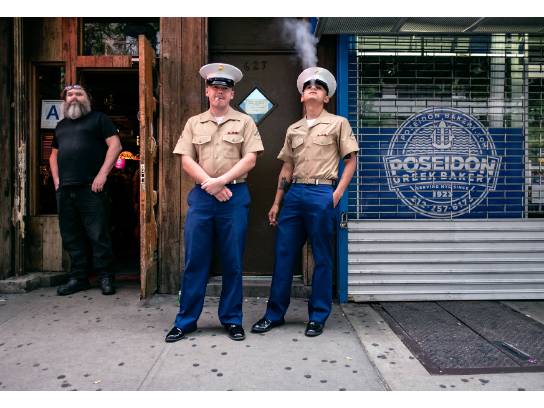 Image Description: A moment in NYC's daily life, capturing and celebrating beauty in the mundane.

Photographer's Bio: Dutch-Argentinean photographer Richard Koek, who lives in both Amsterdam and New York, focuses his work on New York City and the anonymous people that live and work there. Koek gave up his profession as a tax lawyer to pursue his passion for photography in New York City. His work has been featured in Interview Magazine, Stern, The New York Times and The New York Review of Books. Richard Koek lives in New York and Amsterdam. His work has been acquired by The National Archives of Holland, The Dutch Ministry of Foreign Affairs and The Royal Tropical Institute of Amsterdam.? He has exhibited work at the Photoville Festival in NYC and Fotofestival Naarden in The Netherlands. In 2018 his book NEW YORK NEW YORK was published.