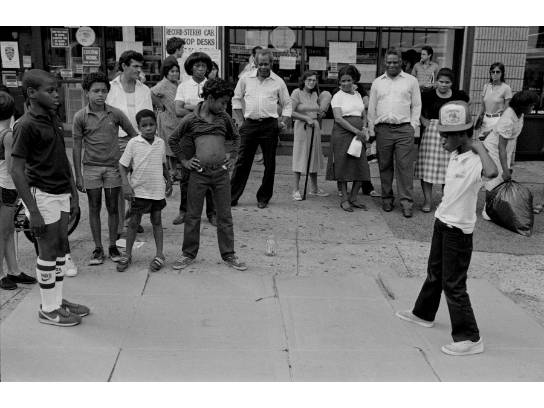 Image Description: Some members of Rock Steady Crew lived in the neighborhood and they were mentors to the younger kids, who formed their own crew.

In 1983, Chalfant co-produced the PBS documentary, Style Wars, the highly considered documentary about Graffiti and Hip Hop culture . In 1993 he and Rita Fecher directed Flyin' Cut Sleeves, a portrayal of 5 street gang presidents in the Bronx. His film From Mambo to Hip Hop was featured in the Latino Public Broadcasting series, Voces in 2006-2007, and won an Alma Award for Best Documentary.