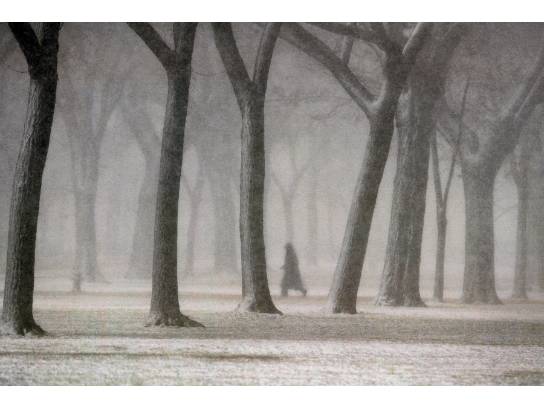 Image Description: People tend to think this photo was taken someplace remote, but it was actually taken on the Mall in Washington, DC, during a snowstorm.

Photographer's Bio: Through documentary photography, Andrea Bruce brings attention to people living in the aftermath of war. She is a co-owner and member of the photo agency NOOR. She has chronicled the world's most troubled areas as a staff photographer for The Washington Post., focusing on Iraq from 2003 to the present. Her awards include top honors from the White House News Photographers Association (where she has been named Photographer of the Year four times), several awards from the International Pictures of the Year contest, and the prestigious John Faber award from the Overseas Press Club in New York. She has also been a finalist for The Aftermath Project grant and a 2011 recipient of the Alicia Patterson Foundation Fellowship. In 2012, she was the recipient of the first Chris Hondros Fund Award for the "commitment, willingness and sacrifice shown in her work."