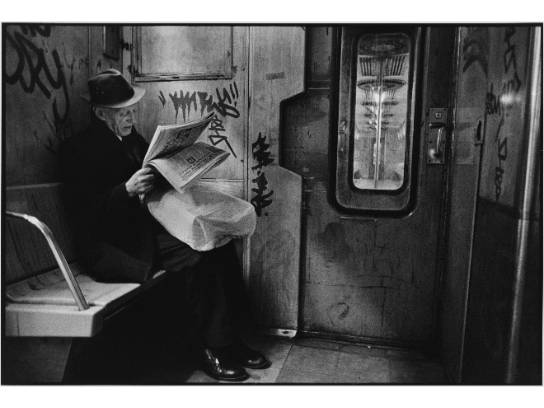 Photographer's Bio: Richard Sandler is a street photographer and documentary filmmaker based in New York City. He has directed and shot eight non-fiction films, including "The Gods of Times Square," "Brave New York" and "Radioactive City." Sandler's still photographs are in the permanent collections of the Brooklyn Museum, the Center for Creative Photography (University of Arizona), the Houston Museum of Fine Art, the Museum of the City of New York, the New York Historical Society, and the New York Public Library. He was awarded a New York Foundation for the Arts fellowship for photography, a John Simon Guggenheim Foundation fellowship for Filmmaking, and a New York State Council on the Arts fellowship for Filmmaking. His book The Eyes of the City was published in 2017.