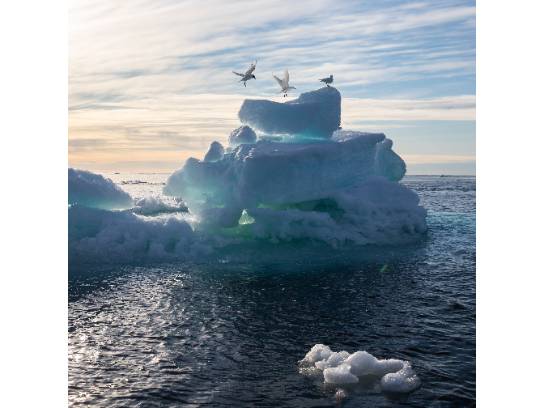 Image Description: An ivory gull perches on an iceberg off the northern coast of Greenland. The gulls live exclusively in the Arctic, and are currently classified "near threatened." The sea ice is one of their primary breeding grounds, and as Arctic sea ice declines, so do their population numbers.

Daniella Zalcman is a Vietnamese-American documentary photographer based in New Orleans. She is a multiple grantee of the Pulitzer Center on Crisis Reporting, a fellow with the International Women's Media Foundation, a National Geographic Society grantee, and the founder of Women Photograph, a non-profit working to elevate the voices of women and nonbinary visual journalists. She is a member of the board of trustees of the W. Eugene Smith Memorial Fund and the board of directors of the ACOS Alliance.