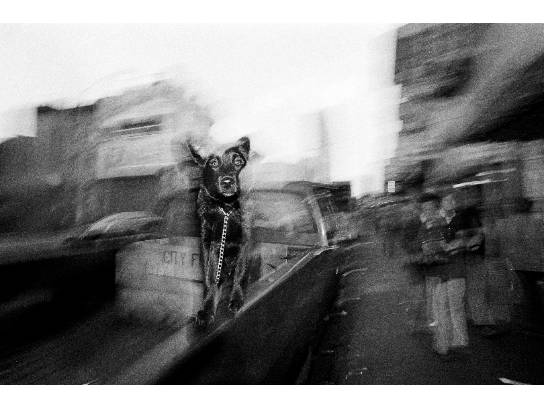 Photographer's Bio: Ed Kashi is a photojournalist, filmmaker, speaker and educator based in the New York area. A member of VII Photo Agency, Kashi is recognized for his complex and compelling rendering of stories such as the impact of the oil industry on the Niger Delta, the Protestant community in Northern Ireland, and the lives of Jewish settlers in the West Bank. He has produced nine books and with his wife, Julie Winokur, is a co-founder of the non-profit multimedia company Talking Eyes Media, created in 2002 to generate issue-oriented stories for the general public.

This photograph was donated by Ed Kashi