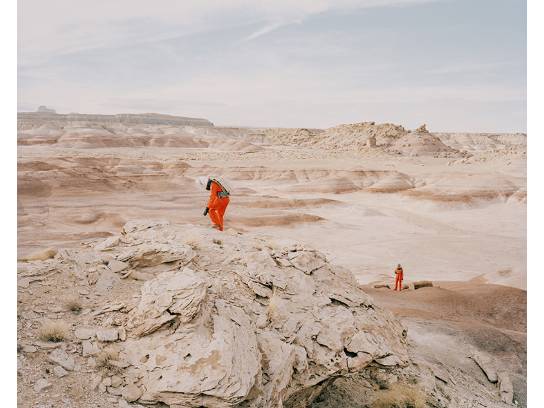 "An exotic sunrise brought in a sense of enthusiasm among the crew members to start a new day on Mars."

This image was made while following a team of Indian scientists in a simulated Mars environment in the Mars Desert Research Station in southern Utah. Scientists spend two weeks at a time pretending to be on Mars, complete with space suits fashioned from Dickies jumpsuits, fake airlocks and four wheelers standing in for rovers.

Benjamin Rasmussen (1984) spent his childhood on an island in the southern Philippines, his university years with evangelicals in a small town in northern Arkansas, and a year with the descendants of Vikings in the Faroe Islands, a nation of 45,000 residents in the middle of the North Atlantic.