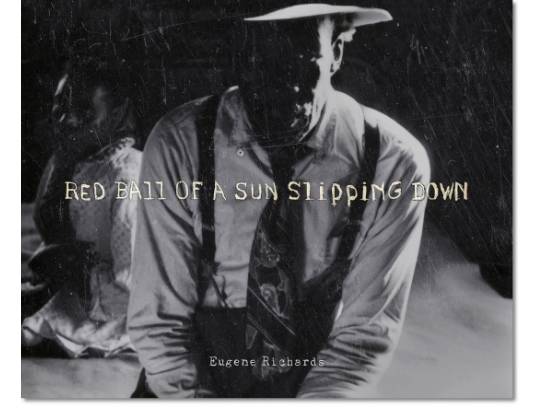 Title: Red Ball of a Sun Slipping Down

The Arkansas Delta has been called at different times the soul of the South, the land of opportunity, a place ruled by race, a forgotten place. Eugene Richards (born 1944) first went to the delta as a VISTA volunteer in 1969. It was less than a year after the assassination of Dr. Martin Luther King, Jr., a time when cotton, religion, prejudice and poverty were what characterized most peoples' lives. Increasingly drawn to this both sorrowful and beautiful place, Richards would stay for more than four years, working as a social worker and reporter until the community service organization and newspaper he helped found were forced to close their doors. But over the years he would keep returning.

Red Ball of a Sun Slipping Down is a book that speaks of remembrance and change, of struggle and privation, of loving and loss, of then and now. Black-and-white photographs made long years ago but never before published are interwoven with recent color photographs and, in turn, with a short story that relates Richards' relationship with an impoverished delta family as well as a growing awareness of his own aging and mortality.