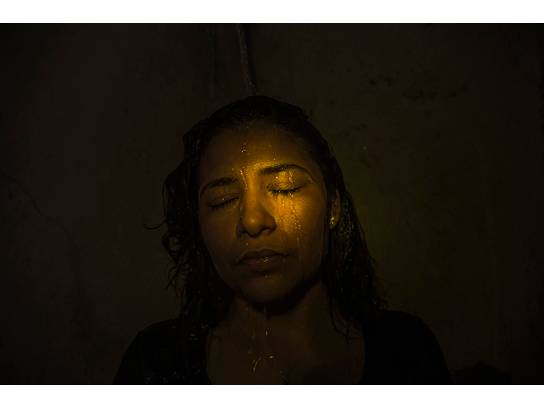 Adriana Garcia poses for a portrait in her home in Cuajinicuilapa Guerrero.

Martínez's work addresses fractured communities in his native Mexico. He often works symbolically to evoke a sense of emptiness, absence, and pain suffered by those affected by organized crime in the region.

He is a nominee of Magnum Photos, recipient of the Eugene Smith Award 2019, and was a fellow of the Photography and Social Justice Program of The Magnum Foundation. He won 2nd Prize inWorld Press Photo's 2019 contest under the category of long term projects. Martínez was a grantee of the Magnum Foundation in the Emergency Fund and On Religion grants in 2016-2017.

He was named one of PDN's "30 New and Emerging Photographers to Watch" in 2017. In 2015, he was selected for the Joop Swart Master Class of Latin America. He was a finalist for the Eugene Smith memorial grant in 2015 and 2016. And he was nominated for the Paul Huf Award (FOAM Netherland 2017, 2018), The Prix Pictet, The ICP Infinity Awards and Tim Hetherington Trust / The Visionary Award.

Martínez's work has been featured in group shows in America, Europe, Africa, and Asia.