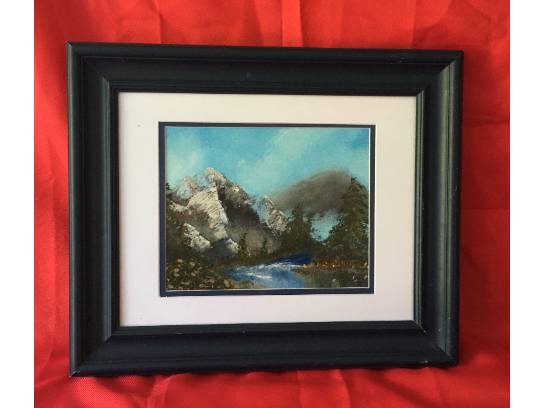 Own a George Donahue original painting! George has been involved with PYD since 1987 as a mentor, supporter and friend.

Inspiration: When I was young my father used to take my younger brother and I camping almost every weekend in the White Mountains in a big canvas tent. In the spring, a favorite spot was the edge of the cold Pemigewasset River. We stayed at the Pemi Campground and could see the mountains in the distance dusted with snow. Memories of sitting at the campfire or climbing on the rocks in the river remain in my memory to this day.