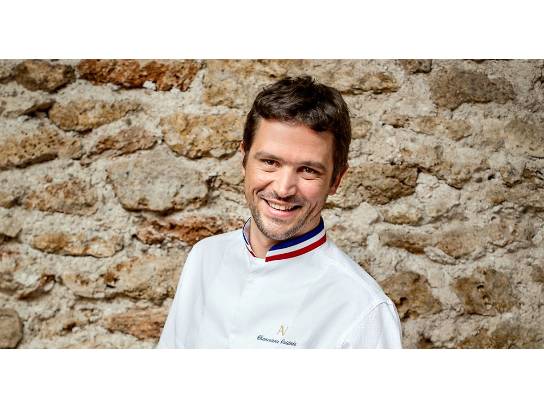 Not only is Arnaud Nicolas the youngest recipient of the highly prestigious "Meilleur Ouvrier de France" award for charcuterie, but he also worked alongside Alain Ducasse and opened his own restaurant in Paris. His charcuterie is an incomparable out-of-this-world experience; unlike anything you have seen before. Among his accolades is the distinction of being the first charcutier invited to the Elysée Palace to serve charcuterie at an official dinner. This was not just any cocktail party, but a rare, grand State Dinner hosted by Emmanuel and Brigitte Macron.

With this lot, you are bidding for the opportunity to spend a day with Chef Nicolas and his team in his kitchen in Paris preparing foie gras and/or Pâté en Croűte. Let us know your travel dates and we will take care of the rest. Bon appétit!

Expires September 30, 2021
Must be scheduled on a mutually agreed upon date