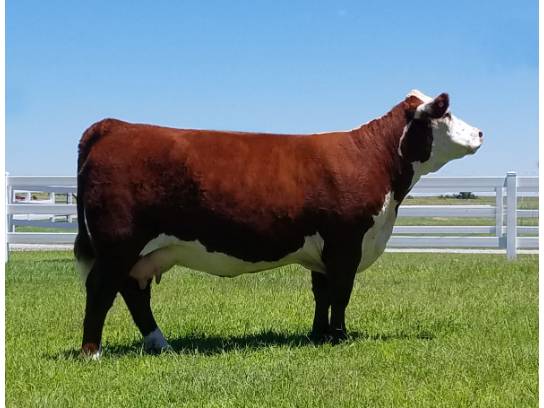 Endure 173D is a sire that needs no introduction or hype. His EPDs are beyond good...especially his carcass numbers! Equally impressive is his phenotype. Ask anyone with calves on the ground, or daughters in production, and they absolutely love them. Sooner Lady 36 E has not disappointed. This beautiful Sooner daughter was shown only three times as a heifer. The first time out she was crowned champion at the Indiana Preview Show. The second time, she won her class at the Junior National in 2019. Her last time out, she won her division in Denver. The banners are nice, but what's more impressive is that she has turned into a beautiful two year old.

Guaranteed one pregnancy, as long as implanted by a certified embryologist.