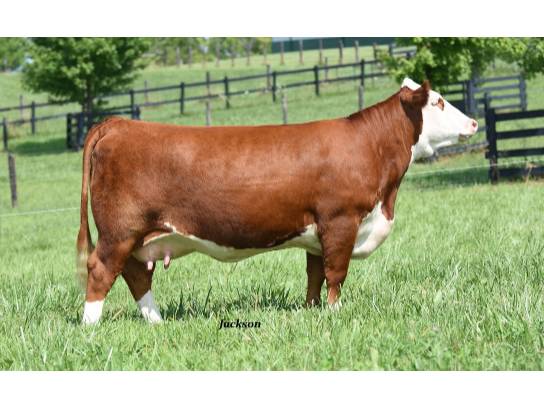 When you think of influential females in the Hereford breed, especially in the showring, there is no doubt that Diana is a name that rings with merit. When we saw this female was for sale a couple years ago, Austin and I knew that 4D Cattle Company and Rockin C had to come together to invest in a female of such phenotypic and genetic quality. This Miles McKee daughter not only proved her worth as a show heifer by winning our State Hereford Show and a class at Junior Nationals, but also as a cow. She was champion pair at our State Show as well as State Fair, in both the junior and open shows. She has now found a home in our donor pen and as Austin said, "I am ready to go bankrupt flushing this cow"! Now is your chance to get in on some hot, successful Hereford genetics and flush this cow to the bull of your choice. Guaranteeing a minimum of 6 eggs, cap at 12, split any eggs over 12 between the 3 parties.