ABOUT RPAA'S WOMEN TAKE THE STAGE

ABOUT THE KEYNOTE SPEAKER - CHRISTINE SIMMONS 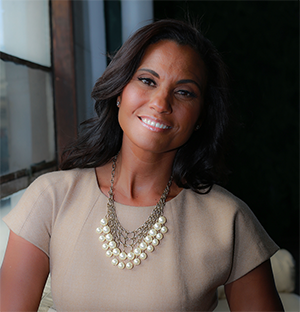 Born and raised in Southern California, Christine Simmons is a true California girl. In January of 2019, the Academy of Motion Picture Arts and Sciences (Oscars.org) named Christine Simmons to the position of Chief Operating Officer reporting directly to CEO Dawn Hudson. She joins leadership in collaborative efforts to fulfill and further the Academy mission, that is to recognize and uphold excellence in the motion picture arts and sciences, inspire imagination, and connect the world through the medium of motion pictures.

Prior to joining the Academy, Christine served as the President and COO of the Los Angeles Sparks (a founding team of the WNBA), Executive Vice President of Magic Johnson Enterprises, as well as held senior positions at both Disney and NBC/Universal Studios.

A proud UCLA graduate, she serves as Alumni Regent on the UC Board of Regents, where she serves on the following committees: Finance and Capital Strategies, Diversity Advisory Committee to the CIO, Vice Chair - Public Engagement and Development, Investments & Basic Needs. She is immediate Past President and current Director on the Board of the UCLA Alumni Association.

Her dedication to excellence and passion for giving back has earned her a number of honors including: Simmons was honored by the YMCA with their 2019 Brotherhood Award, named to the 2018 Ebony Power 100 list, the University of California President's list of 2017 Remarkable Women of UC and the LA Business Journal's 2016, 2017 & 2018 list of 500 most influential people in Los Angeles and a 2017 WISE LA Woman of Inspiration Award.

Dress code for this event is business attire.

Constance Jones is an award-winning, Emmy-nominated TV News Anchor & Reporter who recently joined Richmond's WRIC ABC 8News in October 2018. She worked in several television markets, including NYC, Miami, Oklahoma City, and Atlanta. Constance also worked with veteran news journalist Dan Rather with CBS Evening News. Constance has been honored by the National Academy of Television Arts and Science, the Texas Associated Press, and the National Association of Black Journalists for Excellence in News Reporting. She was also featured as Miami's Top 40 under 40 Leaders of Tomorrow in Legacy Magazine. She is a proud member of the National Association of Black Journalists and Alpha Kappa Alpha Sorority Incorporated.

A vocal advocate for the empowerment of women and girls globally, Eva is on a mission to help women stop saying sorry. Not sorry! Her TEDx talk on self-acceptance, was named by HER Magazine as one of their "Top inspirational TED Talks to help you change your life."

Eva's research on 21st century beauty standards has taken her around the world and was the catalyst for her one-woman-show In My Chair, which premiered at Virginia Rep in 2019 and won The Richmond Theatre Critics Award for 'Best Original Work". In My Chair is currently being turned into a feature film.

In addition to her solo-show and speaking engagements throughout the country Eva has been featured on Law & Order: Criminal Intent, AMC's, Turn: Washington's Spies., and numerous commercials for Capital One, Audi, and Mastercard.  She lives with her husband Scott Wichmann (AKA Mister Showtime) and dog Uni in Richmond.

Stephanie has practiced law for 20+ years, working primarily in the healthcare/life sciences space before starting with Colonial Downs in 2018. She began her legal career in NYC as a prosecutor in the Special Victims Bureau and then as an Associate at a boutique labor and education firm. She transitioned in-house to the NYC Mayor's Office of Contracts and Procurement, where she began her focus on transactions. She is well versed in corporate law, having taught courses in Business Law, Human Resources Law, and Labor Relations Law at a private institution in Brooklyn.

She earned her law degree from Albany Law School of Union University and an English undergraduate degree from the State University of New York at Albany. She is barred in New York State and the Commonwealth of Virginia (Corporate Counsel).

Lisa joined CoStar in 1999 and launched their research coverage throughout the United States, facilitating the company's national expansion in both the US and UK. She started up the Toronto based Research Center serving CoStar's Canadian clients and launched the collection of Commercial Real Estate information in Madrid, Spain in 2016.

She expanded CoStar's News offering in 2018 with the addition of 30 News Reporters who deliver breaking news on national and local Commercial Real Estate events in North America and Europe.  Rounding out her 1,300 person organization is a team of Market Analyst and Economist who create analytic series, forecasts, and write narratives on market performance. Her most recent accomplishment was establishing CoStar's Research and Operations Headquarters in Richmond, which employs 1,000 people, with the anticipation to triple in size in the next 3-5 years.

RPAA is a 501(c)(3) organization whose mission is to provide diverse local and world-class performing arts, transformative arts education experiences for students of all ages, and inspirational venues -- all to strengthen the cultural and economic vitality of the Greater Richmond region.

We are committed to collaborating with local performing arts organizations and presenting opportunities for the creation of new work and the expansion of existing work in our venues (Altria Theater and Dominion Energy Center) as well as ensuring that our venues are seen as active community spaces that welcome audiences through both free and ticketed events. This commitment can be seen through our Legends on Grace series as well as the launch of our Genworth Lights Up! Youth Series.

RPAA also has a longstanding commitment to arts education, which is realized through our BrightLights Education Initiatives that work to increase equity in access to the arts and arts in education. From our arts-integrated early literacy program -Greater Richmond Wolf Trap - to our high school media literacy courses taught in the Digital Arts Lab, RPAA works directly with students, educators, and families to engage the community in meaningful ways that otherwise would not be available, specifically within under-resourced areas of the region.

I would like to purchase a ticket and automatically be registered to support Richmond Performing Arts Alliance!

I am not purchasing tickets, but would like to register to support Richmond Performing Arts Alliance!