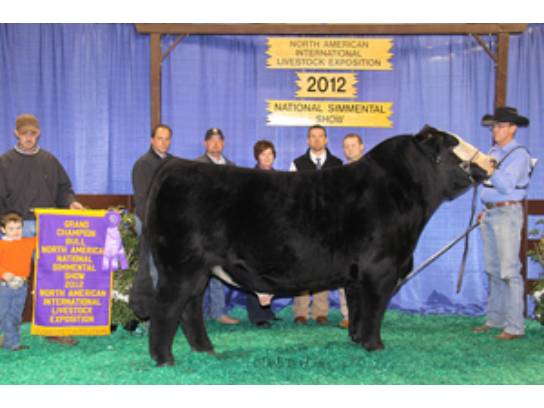 · The sire of this mating, Broker, was Grand Champion bull every time he was shown during the 2012-2013 season. He won all the majors: Fort Worth 2012, Kansas City- American Royal 2012, NAILE 2012 and NWSS 2013 and his progeny have continued his winning ways at shows across the country.

· The dam of this mating has worked well in our program and produced the herd sire, C Bar Triple Play 111Y.