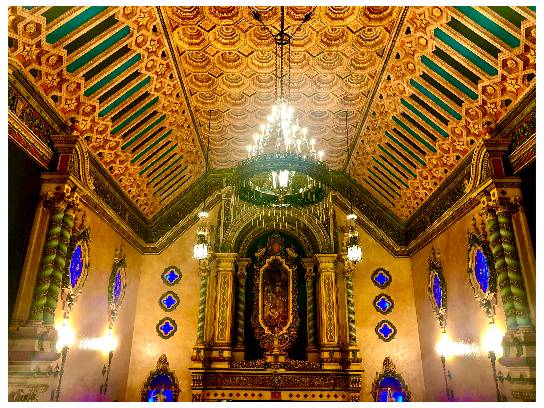 Up to 8 guests can take this tour and enjoy beverages in the Grand Lobby (wine, beer and soft drinks courtesy of the Civic). The tour is recommended for scheduling later this fall in order to have the full experience of the capital project. Availability: Mutually agreeable date.

Enjoy a private, behind-the-scenes tour of the Akron Civic Theatre with Executive Director Howard Parr and Associate Director Val Renner. You'll learn the history of the theater and discover its many architectural features and original art assets.

You'll also experience how the recently completed $9 million capital campaign has resulted in the transformation of one of Akron's architectural and culture gems.

Remaining elements of the project are on track to be finished by fall, making the outside of the theater as much of a community asset as the inside. A large outdoor video wall on the south side of the Civic will feature live-feed performances from the main auditorium stage and Knight Stage and additional arts and culture content gleaned from local, regional and national sources. A deck overlooking Lock 3 on the south side of the Civic will be the site of gatherings before and after events in the building as well as a space for unique programming and entertainment. Additional public art will be featured in exterior and interior sites around the Civic campus with a goal to showcase the best of our local and regional artists.