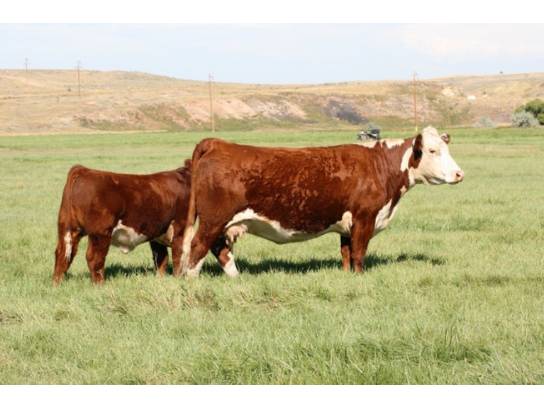 Purchase Price is your bid x 2

135U has been one of the most impactful and prolific donors in the breed in the last 5 years. She produced high selling bulls, 27A, 63A, 73C, McEwen as well as 36A, the dam of the current Denver National Champion Polled Female. This resulting calf will be a maternal sib to one the most heaviest used bulls in the past 2 years, NJW 135U 10Y Hometown 27A!
Endure was the high selling bull in the ENTIRE breed in 2016, selling for $155,000 to Upstream Ranch and Fawcett's Elm Creek Ranch. His semen sold in excess of $800/straw in the first breeding season. He is noted for siring added performance, excellent color and pigment with the power, look and integrity needed to excel in the breed today.
This resulting calves will be uniquely equipped to impact your herd both phenotypically as well as genetically. Opportunities like this do not come about often.