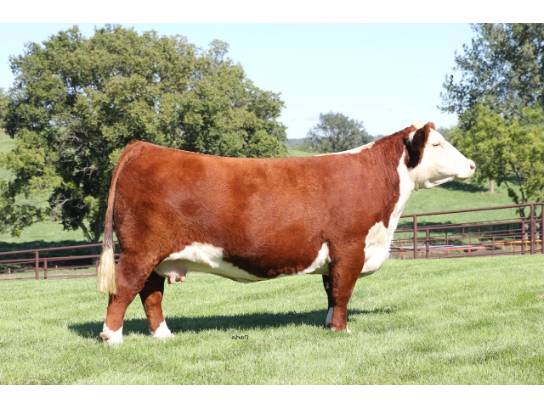 Another Shelby offering that needs no explanation! This mating with Nitro has Champion written all over it! ( Shelby 82 is the original" Shelby" raised by the tucker family . She is the direct daughter of Harley 438 . Shelby 82 was a NWSS champion in 2010 and her first daughter TCC Diana 01 was also a NWSS champion! She is said by many to be the premier Hereford donor in the breed . Shelby 82 is the damn of many national champions and Grand champions and has sold as many or more high Sellers as her dam Harley 438. Shelby is an important part of the genetics that started the BRAMAN girls herd.)

One 60 day pregnancy confirmed through licensed veterinarian if put in my a certified embryologist.