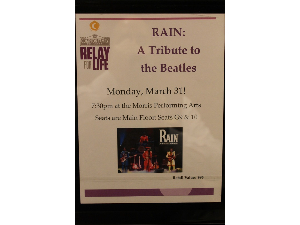 2 tickets to see Rain: A Tributeto the Beatles at The Morris Performing Arts Center at 7:30pm on Monday, March 31. Seats are G-9 and G-10