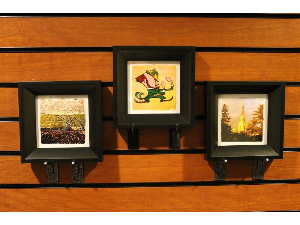 3 pack framed Notre Dame Prints each is 7in x 7in. Photos taken by Heather Gollatz- Dukeman