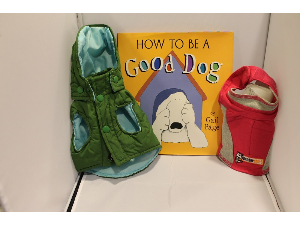 Hcow to be a Good Dog book with a XS thunder shirt and a XS winter coat.