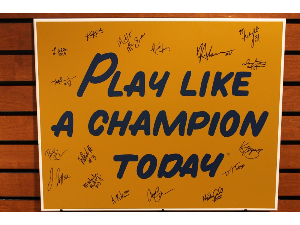 A Play Like A Champion Today signed by coach Muffet McGraw and the 2014 undefeated, ACC Champion women's basketball team.