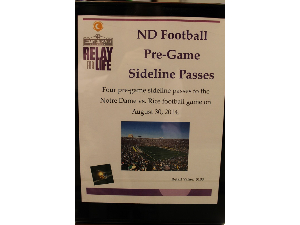 4 pregame sideline passes to the Notre Dame vs Rice football game on August 30, 2014