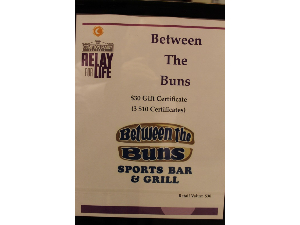 Between the Buns
$22 current bid
10 Bids