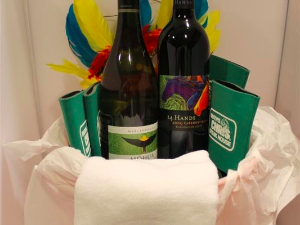 "For those over 21" 2 bottles of wine, Golf Towels, Koozies and fun in a bucket