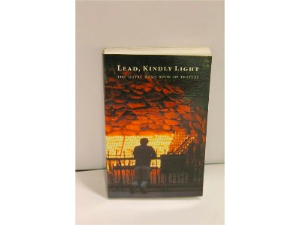 The book "Lead, Kindly Light" The Notre Dame Book of Prayers, signed by Father John I Jenkins, C.S.C., President of the University of Notre Dame