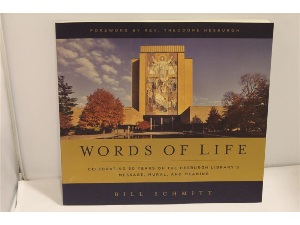 The book "Words Of Life" Celebrating 50 years of the Hesburgh Library's Message, Mural, and Meaning signed by author Bill Schmitt.