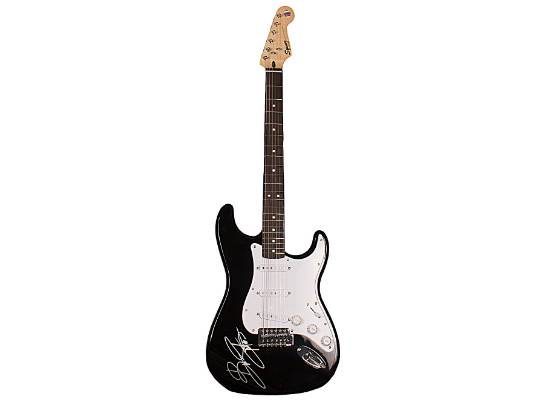 BORN IN THE USA

This is your exclusive chance to win a Fender electric guitar autographed by none other than Bruce Springsteen! A must have item for any Bruce fan!

Bruce Springsteen and The E Street Band are known for their brand of heartland rock, poetic lyrics, Americana sentiments centered on his native New Jersey and his lengthy and energetic stage performances! He has earned numerous awards for his work, including 20 Grammy Awards, two Golden Globes and an Academy Award. In 2004, Rolling Stone ranked him as the 23rd Greatest Artist of all time, the 96th Greatest Guitarist of all time on their latest list and the 36th Greatest Singer of all time in 2008. Please note the color of the guitar may vary from the photo.