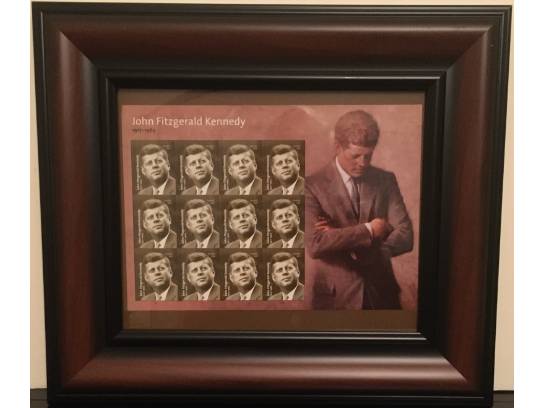 This stamp commemorates the 100th anniversary of the birth of John Fitzgerald Kennedy (1917-1963), 35th president of the United States. Kennedy was the nation's first Catholic president and, at age 43, the youngest person ever elected to the nation's highest office. The stamp features a photograph taken by Ted Spiegel of Kennedy campaigning for president in Seattle, Washington, in 1960. The selvage art, showing President Kennedy in a reflective pose, is a 1970 oil painting by Aaron Shikler (courtesy of the White House Historical Association). Kennedy was known for his charismatic personality and his ability to appeal to the nation's higher ideals and to inspire young Americans to engage in public service. In his Inaugural Address, he called upon Americans to "ask not what your country can do for you-ask what you can do for your country."