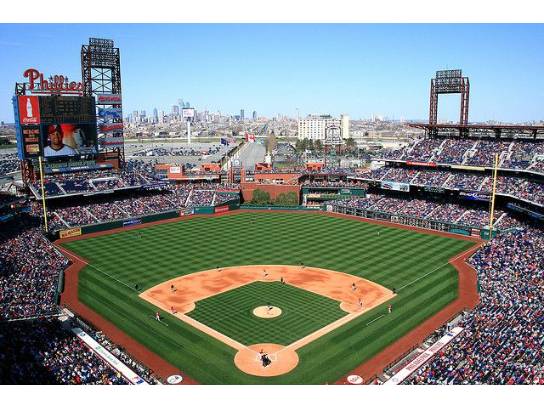 This is your opportunity to learn from the best in baseball: the Phillies female leadership team! The winning bidder and five guests will have the once-in-a-lifetime opportunity to meet with Kathy Killian, Vice President of Administration at the Philadelphia Phillies, and three other female members of the Phillies leadership team. Your group will enjoy lunch provided by the Phillies in their Executive Dining Room-an intimate, upscale space reminiscent of the old-style country clubs of Philadelphia. During the interactive lunch, your group will hear stories from the female leadership team on what it's like to be a woman in the professional world, and specifically a woman in sports. This is your chance to listen, learn, ask questions, and network.

After the lunch, you and your five guests will watch the Phillies game from the most premium seating the ballpark has to offer: a private suite complete with food, beverages, and a restroom. The winning bidder will also receive two parking passes, an Aaron Nola autographed baseball, and Michael Schmidt autographed baseball.

Kathy has worked for the Phillies for more than 32 years, and today is Vice President, Administration for an organization that has about 1,200 employees, including players and game-night workers.

She began a career at the Phillies through her time as a summer intern at The Steeles, a company that marketed postcards designed by Dick Perez, an artist who has worked for the Phillies and the Baseball Hall of Fame. Killian worked for the Steeles as a "Girl Friday" for about six months until Perez recommended her to Phillies executive Dave Montgomery, who brought her on board as an intern in the 1985 season.

Over the years with the Phillies, Kathy worked as a ticket sales representative and manager and director of group sales. In November 2008, right after the Phillies won the World Series, she was named to the newly created role of Vice President of Human Resources and Customer Services. She is the second female Vice President in franchise history, following Bonnie Clark, who became Vice President of Communications in April 2008.

Restrictions: Takes place on a mutually agreed upon date by the Philadelphia Phillies and the winning bidder during a home game in the 2021 season.