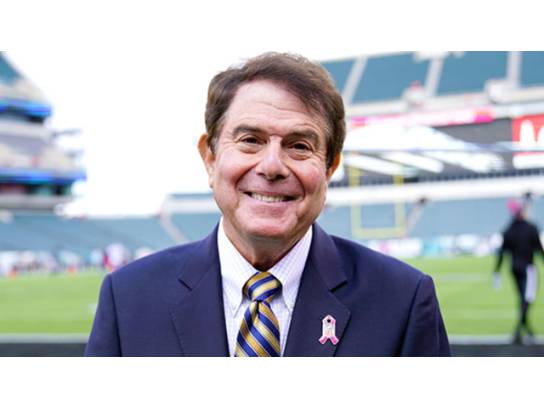 You and two guests have the unique opportunity to play golf with Merrill Reese, the voice of the Philadelphia Eagles at The Union League Golf Club at Torresdale or Union League National Golf Club,

Merrill Reese has been the play-by-play voice of the Philadelphia Eagles since 1977. The games are aired by CBS stations 94 WYSP and Sportsradio 610 WIP as well as a network of affiliates throughout Pennsylvania, New Jersey, and Delaware. Reese and New England Patriots broadcaster Gil Santos have the longest stretches of service in the NFL.

About The Union League Golf Club at Torresdale:

On March 6, 2014 the League's leadership presented the membership with a detailed plan to create a unique partnership with Torresdale Frankford Country Club. After several Town Hall Meetings and months of spirited discussion, on April 16, 2014 at a Special Meeting of the Membership, the League's membership overwhelmingly voted in favor of the proposed deal.

After extensive renovation, The Union League Golf Club at Torresdale opened for the 2015 golf season. All Union League members have full privileges. Within this one amenity are countless ways for League members to enjoy time with friends and family at a satellite facility of the League. The amenities include a renovated 18 hole Donald Ross golf course, a pool, pavilion and poolside Café, trap shooting, tennis with complimentary lessons, an elegant ballroom, a dining room and bar. Members have the opportunity to purchase unlimited golf at an additional annual fee which offers exclusive tournament play, complimentary clinics, the option to reserve tee times 14 days in advance, bag storage and a locker.

The Union League Golf Club at Torresdale is a member favorite for golfers and non-golfers alike.