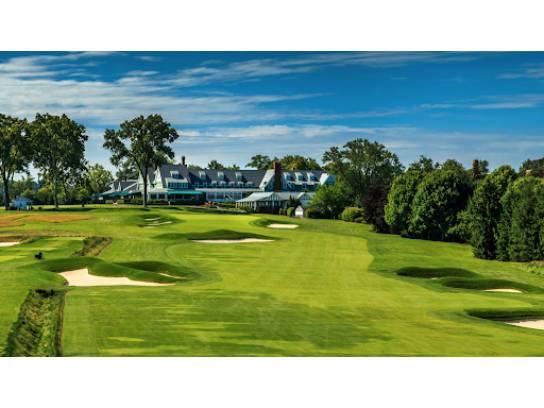 LedgeRock Golf Club was conceived by its Founders at the turn of the 21st century to create the premier contemporary golf experience in Berks County. Indeed, it is a hidden gem among the many fine courses in southeastern Pennsylvania.

The Founders recognized that the finest golfing venues available to local golfers nearby required many to drive 30-45 minutes, whereas the location of LedgeRock would enable many to arrive at this Club in less than 15 minutes.

To implement their vision, the Founders acquired 212 contiguous acres of woodlands, farm land and former nurseries on beautiful rolling terrain, adjacent to a number of small, attractive residential developments southwest of Reading. Designed by Rees Jones, esteemed for his role as the "Open Doctor," LedgeRock is challenging but fair, based on Rees Jones' design principles, permitting the golfer to see the challenge ahead, to take dead aim at a reasonable tee shot target, and to select from more than one strategy to succeed in many cases.

LedgeRock's golf course opened in 2006. Since 2011, all of the elements of a first class golf club have been in place. We look forward to welcoming new members and guests.