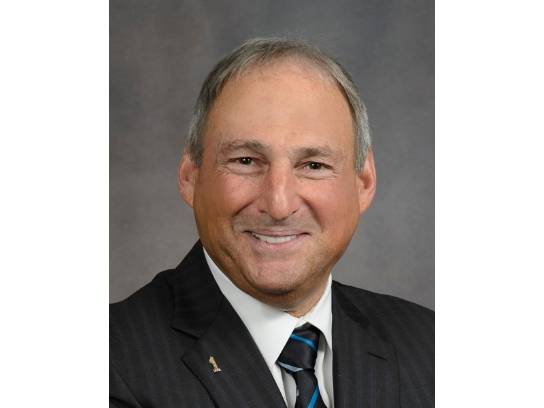 The winning bidder and two guests will have lunch at the Pyramid Club with Richard J. Green, Chairman and CEO of Firsttrust Bank.

Richard J. Green, the grandson of founder Samuel A. Green, joined Firstrust Bank in 1978 as General Counsel. In 1986, he joined the Bank's Board of Directors, became President and CEO in 1995, and Board Chairman in 2015. As Firstrust's Chairman and CEO, his primary responsibility is overseeing the overall strategic direction of the company. During his tenure at the helm of Firstrust, a full service bank in the Philadelphia region, its assets have grown to $3.7 billion and is considered one of the strongest, best capitalized banks in the country.

In 2017, Richard was selected as Drexel LeBow's Business Leader of the Year. In 2015, Richard was named Most Admired CEO by the Philadelphia Business Journal, and also received Distinguished Alumni Award from his alma mater, The Haverford School.

Prior Board affiliations include his appointment, in 2009, by the Chairman of the Federal Reserve Board, to its Community Depository Institutions Advisory Council ("CDIAC") for a three-year term, and served as Chairman of the Federal Reserve District of Philadelphia CDIAC from 2011-2012. Richard also served on the Board of Trustees of Lehigh Valley Health Network where he was on the Executive Committee and Chaired the Finance Committee from 1997 to 2011, as well as the Board of Trustees of the Haverford School from 2010 to 2014. Richard has been a limited partner in the NFL Philadelphia Eagles Football Team since 1994.

Founded in 1934, by Samuel A. Green, who began the business in his mother's kitchen in South Philadelphia, Firstrust is currently in its third generation of family ownership. Firstrust, the region's largest family-owned bank, is a full-service commercial bank with assets of $3.7 billion. As Philadelphia's hometown bank for more than 85 years, Firstrust is a Small Business Administration (SBA) preferred lender, and provides both retail and commercial services through its 18 branch banking offices located in PA counties of Bucks, Lehigh, Montgomery and Philadelphia; and Cherry Hill, NJ, as well as a representative office in Bethesda, MD. Continuing to empower success of its customers, Firstrust offers a wide variety of deposit, consumer and business loan products, residential and commercial real estate mortgages and treasury management products. For more information, visit www.firstrust.com or call 800-220-BANK. Member FDIC.

About the Pyramid Club: