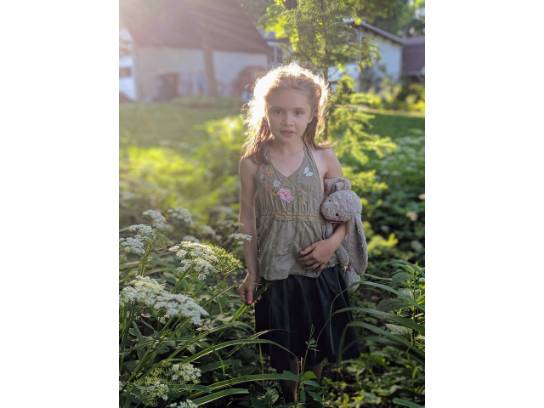 This group is made up of individuals impacted by living donation. Please read below to hear the stories of Lilliana and Katie!

Lilliana (pictured to the left) was born on June 13, 2011 a strong and beautiful baby girl. She got her first cold shortly before her second birthday and ended up in the emergency room with a diagnosis of necrotizing strep pneumonia, which caused a blood disease that triggered Hemolytic Uremic Syndrome. The Lucente family watched their baby undergo more blood transfusions, surgeries, and rounds of dialysis than one can count over two months living at Children's Hospital.

They celebrated Lilliana's second birthday in the hospital a week after she woke from her coma. Due to the coma Lilliana had to relearn how to hold up her head, how to sit up and, lastly how to walk. She began hemodialysis 3-4x a week and then then had a peritoneal catheter placed they began nightly dialysis at home. Lilliana had end stage kidney failure and would have to be put on the list for a kidney donor.

Fortunately Lillian's cousin Rhiannon Lucente wanted to donate and was a match! Six months after her initial hospitalization Lilliana received her cousin's kidney on December 5, 2013.

(pictured together to the left)

In December 2018, Katie was diagnosed with end-stage renal failure at the age of 14. It was completely silent and a total shock to her family. Katie had no past medical history, was an avid swimmer, and just started high school. She began peritoneal dialysis at home, which was very challenging. It was painful and she was up several times a night in pain especially during the drain cycles. Following a renal diet was a challenge and the family struggled with her gaining weight as they tried to balance potassium and phosphorus intake. School was a struggle due to missing so many days. She could no longer be on the swim team, which was her passion and had to stop any contact sports. They struggled with peritoneal dialysis for 9 months and it was determined a living donor was Katie's best option

Caden Lambie is a certified nursing assistant at Meriter Hospital in Madison. He was friends with one of Katie's sisters. He heard about Katie and immediately asked to be tested as a living kidney donor. He told the family he was more worried about NOT being a match than actually being one. He was a match and he never had regrets throughout this process. He says "The opportunity to donate to Katie was the best decision I have made. I would trade much more than a kidney to gain all that I have through this experience, and if I had the opportunity to do it all over, I would do it again without any hesitation."