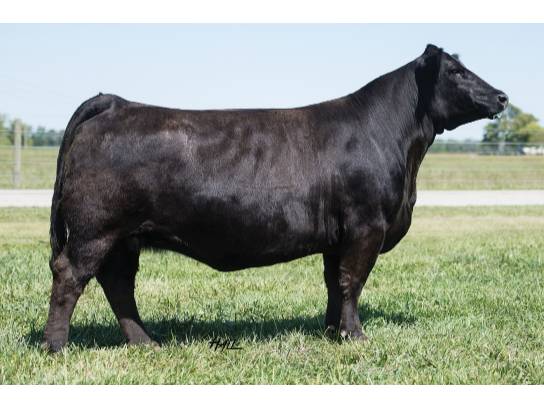 Recipient is a black commercial cow housed at Prospect Cattle

Expect a great heifer calf from this combination - and it is coming soon! This is the same recipe that was used to produce Blake Hauswirth's Reserve Junior Champion of the 2019 Ohio State Fair that was purchased here as Lot 2 a year ago. Nostalgia is our $27,500 top seller that was an Eastern Regional and Indiana State Fair Champion before raising calves over $22,000 and winning daughters in several states. Remember that the dam of 155Z is none other than the amazing Onyx 451W, a 2-time National Champion and an unbelievable cow for the former Silver Towne Farms, IN. See another Nostalgia 155Z daughter selling as Lot 13.